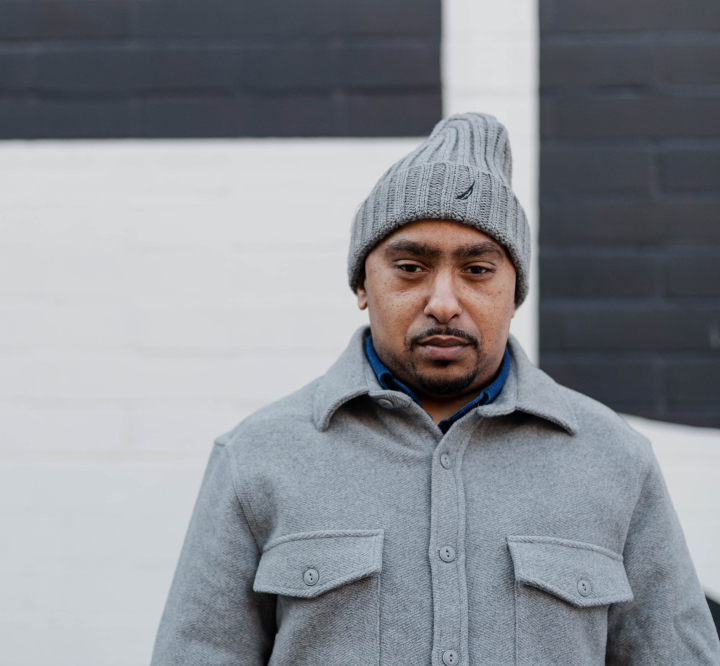 This is a series where we talk to designers and creatives in the design community and put a spotlight on designers of color.

Where do you work and what is your current title?

Tell us a bit about yourself & your background.

So I'm a Chicago native born and raised South side of Chicago. I guess I've always been involved with creativity in some shape, form or fashion. Beginning in my early years when I was maybe 10 years old, I tended towards the arts in Chicago. I was always doing something that had to deal with art, whether it was oil painting or drawing the charcoal or different mediums like that.

And as I got into my teenage years, I kind of sort of drifted away from art. I dived into sound design or music production. I did that for a good 10 years, and then I wanted to make a career change again. And that's when I sort of found myself.

Thinking, well, maybe I can go back to school and figure out what I really want to do. And that's what made me to Westwood college and dive into visual communication. That's what I got my degree in. So it wasn't necessarily what I'm doing right now, but that's what led me down the path to where I am.

How did you learn about design as a profession?

So what sort of introduced you to visual communication in the first place? I think that's what I went back to school. So maybe 2009 the curriculum was based around visual communication, but a lot of the classes were learning CSS and HTML, the basics of web design. And that's when I kind of figured out this is something I really want to do.

At the time I was running a blog and in order to make my blog look a certain way, I would have to look at the code and figure out how do I adjust things in the layout, but it wasn't, I wasn't designing anything. I was just playing with  changing layout. That's what kind of really pushed me and drove me to figure out, okay, do I want to learn how to code and be a developer or do I really want to learn how to design something?

And I figured out relatively quickly that coding something is not something I wanted to do. So I just pushed myself to learn what design was. And back then, I don't think UI and UX and these terms were necessarily as popular as they are now. I didn't know what they meant. It was maybe a few years later that I started to really figure out the basics of UX, the basics of UI.

And, and that's what kind of triggered me to go into design. I want to be a UI designer, UX designer.

What do you like to jam out to when you're designing?

Honestly, I don't really listen to music when I'm working.  I find it kind of distracting. And if I do listen to music, it varies. It can go from R&B to gospel. It can go to, you know, rap. It's a lot of different music that I listen to. So it varies, but most of the time I probably have the TV on, and I'm not really watching it. It's just background noise. I think I get distracted when I listen to music.

The first job I had was with a small promotional company in Chicago. They basically promoted parties or events, and my job had absolutely nothing to do with UI design. It was based off of my graphic design skills.

Create posters and flyers for events and parties. And the biggest takeaway from that was when you actually love what you do, then the job even though it wasn't what I wanted to do at the time, I was okay with it. And it taught me that you have to do something you don't want to do sometimes in order to make the next step to get where you want to be.

So yeah, I did that for maybe a year. And then I said, I think I'm done with doing flyers and posters.

What was the first UX or UI project that you worked on?

The first UI or UX project was actually 99 designs. And I mean, that's not necessarily a job, but I did a good year and a half of grinding on 99 designs, which basically was a sharpening tool for my skills.

It's a competition-based site. So, whatever you submitted in any type of contest, you're going up against, you know, some top level designers and maybe some entry-level designers. And I didn't win any contest for maybe seven months, but I didn't stop.

And once I did started to win, I kept winning. And that basically was a revelation to me that my skills were getting better. They might not have been good enough to impress you, but they were good enough to impress those particular clients. Then I was winning the contest for the biggest takeaway from that was that it taught me that clients really don't know what they want, even though they think they know what they want. And it also taught me that I needed to, you know, understand UX a lot more.

So that was like I said, a good year and a half of just grinding to get my skills up. And then I moved on from there.

Do you think that it would have helped you, if you had a mentor who was a working practicing designer, giving you guidance and tutelage?

Yes. There's no doubt about that.

I mean, everything I learned from what I went to school,  like I said, it didn't have anything to do with UX.  So everything that I learned during that process of grinding on 99 designs. It was just a learning process for me.

So I'm basically trying to teach myself how does this stuff work? You know, what am I doing wrong? What am I doing right? And how do I get better?

So I would see designs that I thought that weren't all that , but they would win a contest. I would say, you know, that's not a really good design. I didn't think that was worth winning. I thought my design was better.

But it would, it would be little tiny things and little details that they had, even though it didn't look good. It made sense.

So the things that I was doing in my design may have looked incredible, but they just didn't make sense.

So yeah, if I would've had a mentor, I think that would have helped me immensely, because it will make me take more time and think about what I was doing rather than just trying to make something look good.

What were some of the things that kept you going through that year and a half?

I just think at the end of the day, I wanted to be successful. I'm just the type of guy, like if I start something, I want to finish it.

I think it was a lot of things going on in my life personally that pushed me that maybe keep going. I just had to keep going. I couldn't stop. I was simultaneously doing the 99 designs and I was driving Uber and I got tired of doing that.

And so that was the biggest thing was driving Uber. I know I'm not making enough money. I have to keep going, you know, until I find a job. In this industry, and that was just the biggest motivation. 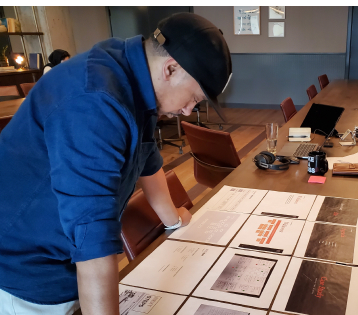 Go behind the scenes at BUCK design studios to learn what it takes to be a successful apprentice with Chante Edwards.

We’ll send the latest apprenticeship opportunities right to your inbox.

Thank you! Your submission has been received!
Oops! Something went wrong while submitting the form.